Low Vitamin D May lead you to Die Younger 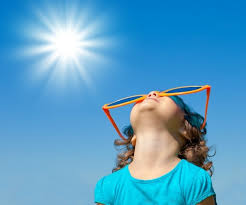 Low Vitamin D may lead you to Die Younger!
Vitamin D is nicknamed the sunshine vitamin because the body produces vitamin D when exposed to sunlight. People also get vitamin D through foods like eggs, milk, yogurt, tuna, salmon, cereal and orange juice.

Researchers examined eight studies from Europe and the United States that together tracked more than 26,000 nonsmoking men and women. They were all between ages 50 and 79. About 6,700 participants died during the time period of the studies, mostly of heart disease or cancer.

Those with the lowest levels of vitamin D were about 1.5 times more likely than those with the highest levels to die from any cause and from heart disease during the periods of the studies. Those with low levels of vitamin D and a history of cancer were 1.7 times more likely to die of the disease. People who hadn't previously had cancer saw no change in the risk of cancer death by vitamin D levels.